You are here: HomenextAboutnextMore on our volunteers

More on our volunteers

Joe Smith
Joe Smith swam the English Channel on the 6 September 1999 in a time of 14hrs 19mins, at the age of 65, making him the first British Pensioner to succeed, and also the last person to swim the Channel in the 20th Century. Joe had made two unsuccessful attempts in 1961 and 1962, both failed due to the inclement weather.

He represented the BLDSA in the 1960 Schelde swim (Holland), placed third. He swam Torbay, Coniston Vets, Pickmere, Lake and many others. He was an Olympic Torchbearer in the 2012 torch relay. He was inaugurated into the International Swimming Hall of Fame in Fort Lauderdale in the U.S.A. in 2005.

For more than a decade Joe has been volunteering at the museum, scanning through 150 years of local and national newspapers, journals and newsletters to extract any and all references to Channel Swimming, compiling biographies and swim data 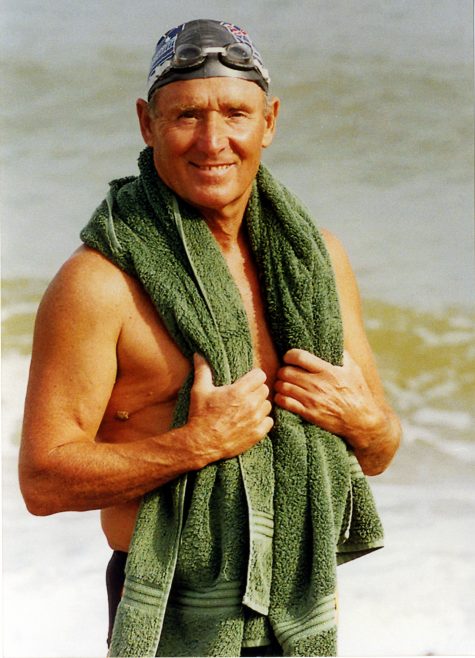 Norman swam the Channel first from France to England in 1967 in a time of 12hrs 5mins. Then twice from England to France in 1971 five weeks apart, in 12hrs 24mins & 13hrs 41mins respectively.

As a youngster, he was Kent County Backstroke, and Long Distance Champion from 1954 to 1957. A member of the Otter Swimming Club, won the ASA National Championships in the Medley & Free Style Relay Teams in 1953,54,55, and 56.

Norman has served as an Official Channel Swimming Association Observer since 1967 and continued in that capacity for a total of 37years. For many years he served as Observer Liason Officer responsible for appointing independent observers for Channel swims.

He has observed at least 50 solo swims, 13 successful relay teams, 2 double crossings and 4 two way relay teams. Norman was the team manager and coach for the swimming section of the Metropolitan Police Relay Team for the inaugural championship of the London to Paris 1984 Triathlon.

While crewing on Channel swims Norman has gained qualifications to further his credentials as an observer. They include passing shore based courses in handling sail and power craft as well as certification for wireless telegraphy and radio regulations.

Norman has volunteered at Dover Museum for over 10 years, travelling each week from his north Kent home. His main work has been identifying and describing the Channel Swimming photo archive, mainly the Sam Rockett collection. 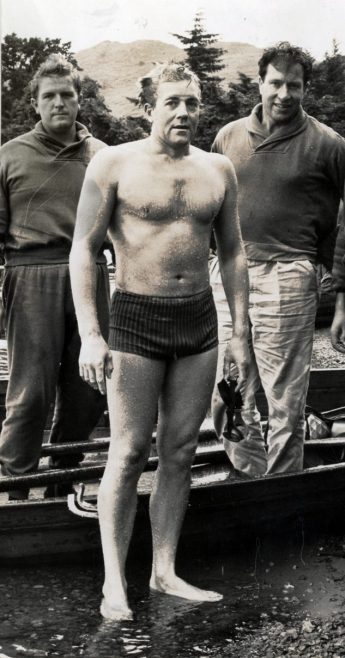 Bryan Williams
Bryan came to the museum on a short-term government employment scheme in the 1990s to help digitise the museum’s vast photographic collection. When the scheme ended, Bryan continued to volunteer at the museum and soon made himself indispensable.

He was appointed Honorary Librarian and now runs the museum library and the digital photo archive. He has scanned all the Channel Swimming archive and continues to add new images.

Mark Frost
Mark was Senior Assistant Curator at Dover Museum from 1988 to 2010, when he left to persue his own interests. In the 1990’s he was instrumental in the museum’s aquisition of a large Channel swimming photo collection relating mostly to the period 1900 to 1914. Realising that virually all the attempts of that period were failures and that many of the swimmers were today largely unknown, Mark began a research project on the basis that the story of the failures was just as important as the story of the successes

As the project became more widely known, the museum was given several more swimming archives, including the important Sam Rockett and Sunny Lowry collections

Since leaving the Museum, Mark has continued to volunteer with the Channel Swimming project, researching, maintaining the database. He is the Webmaster for this website 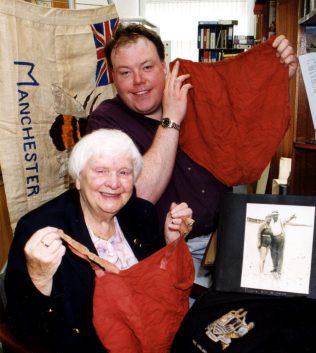