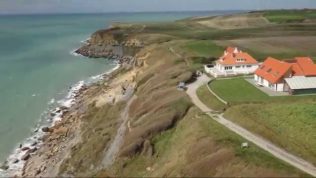 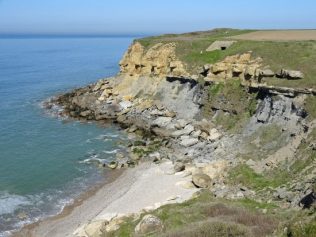 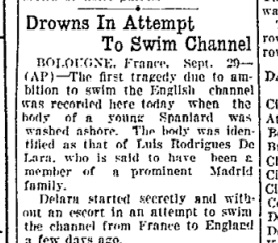 Rodriguez de Lara, a Boulogne waiter originally from Spain, found drowned in the sea off Wimereux, is said by many to have become the first person to die while making a Channel swim attempt, but the story is highly questionable and comes only from American sources all using the same news-wire feed; it is unlikely to have been a serious swim attempt and seems actually to have been drunken misadventure.

The death of Luis Rodriguez de Lara was wired by an American correspondent in France to the USA as a ‘Channel Swim’ attempt, and was quickly picked up by regional and local papers all over America. The identical short paragraph reporting a Channel swim death is repeated in the ‘World News’ sections of American newspapers from Baltimore to Santa Cruz. However, the evidence actually points to an accidental death during drunken horse-play

The body of Luis Rodriguez de Lara of Madrid, Spain, was washed ashore on the beach between Wimereux and Ambleteuse on September 28 1926. He was naked and had been in the water for several days.

Boulogne, France, Sept. 29 (AP)
The first tragedy due to ambition to swim the English channel was recorded here today when the body of a young Spaniard was washed ashore. It was identified as that of Luis Rodriguez de Lara, said to have been a member of a prominent Madrid family. De Lara started secretly and without an escort in an attempt to swim the channel from France to England a few days ago

The story came from the Associated Press news-wire; in 1914 AP introduced the teleprinter, which transmitted directly to printers over telegraph wires. Eventually a worldwide network of 60-word-per-minute teleprinter machines was built by AP.

At this period, Europe was still the centre of civilisation and America seen as an isolated backwater; important news from Europe could take days or weeks to reach all parts of the US so the invention of an instant news printer revolutionised newspapers in the US; all of a sudden local newspapers could access world news instantly and most quickly introduced major new ‘World News’ sections in their pages, reprinting every snippet of news that came in over the wire.

Associated Press was founded as a news agency in New York in 1846. They introduced the “telegraph typewriter” or teletypewriter into newsrooms in 1914 and soon built up a bureau of foreign correspondents in South America and Europe to send stories over the news-wire. Teletype machines appeared in newsrooms in every national, regional and local newspaper in the USA

Rodriguez de Lara was apparently a member of Spanish nobility and son of a Colonel but as a young officer he had deserted when his regiment was sent to fight in Morocco. He had fled to France and became a waiter in Boulogne. There is a strong suggestion that, on a day off at the beach, having bragged he too could swim the Channel after the fanfare of Gertrude Ederle’s success a month earlier, his friends threw him in the sea at Cran aux Oeufs as a prank and he decided to show them and try and swim it.

The news-wire paragraph said that De Lara was on a Channel Swim and started secretly and without an escort in an attempt to swim the channel from France to England a day or two earlier. This can not be verified and, with no escorts or witnesses, his swim if successful would not have been accepted and would be ineligible for the various prizes offered for a successful swim. With no witnesses or escort and having started the swim in France, the event was seemingly not mentioned at all in the British press, even as an accidental drowning

The local French newspaper reported on September 29 1926; Several people who were travelling on the beach, between Wimereux and Ambleteuse perceived to see a mass resembling a body waves had brought on the sand. These people were able to land the body. It was that of a man completely naked and had already been in the water for several days. He was immediately taken to the morgue of Wimereux, near the cemetery of this county… We immediately thought it might be Lara Rodriguez, the Spaniard who was thrown into the sea at Cran-aux-Oeufs, only to try to cross the English Channel. An employee in a restaurant in Boulogne, Rodriguez Lara had no special skill for swimming. He was, it seems, according to our confidences (Excelsior restaurant employees), a former Spanish officer. His father was a colonel in the army. Rodriguez had deserted when his regiment was called to go fight in Morocco