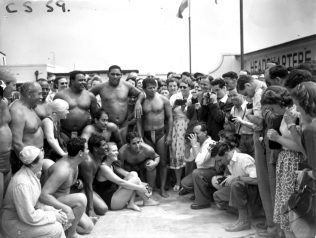 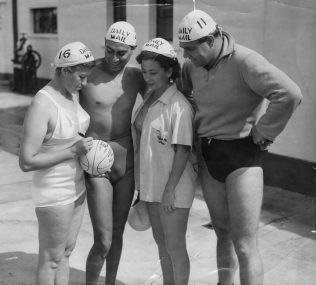 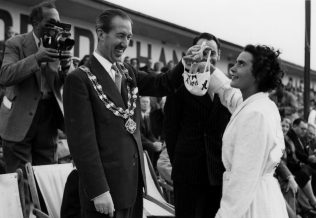 zoom
Eileen Fenton drawing lots for the Pilot in the 1951 Race. 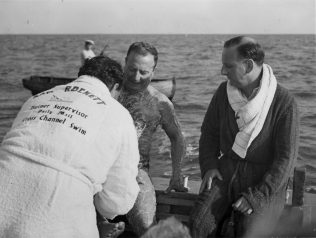 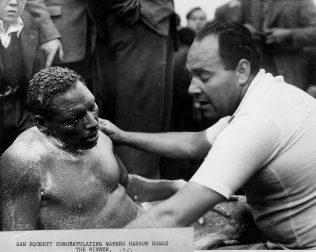 The Second Daily Mail Cross Channel Race, also known as the “Festival of Britain” race,   took place in August 1951. There were twenty entrants and veteran Sam Rockett, 4th man to finish in the 1950 race, was the supervising trainer. Training took place at the Folkestone open air pool. Egypt sent a large team with staff and made a number of  individual swims, both successes and failures, in the weeks before the race.

The Race was not without controversy; famously, the Egyptian swimmers refused their prizes on the grounds that the Daily Mail newspaper had slandered the King of Egypt in its editorials.